Dopamine is a neurotransmitter which is produced by a small number of cells called dopaminergic neurons located in the brain stem. Dopamine was discovered by Arvid Carlsson from Sweden (who won the 2000 Nobel Prize) in 1958. 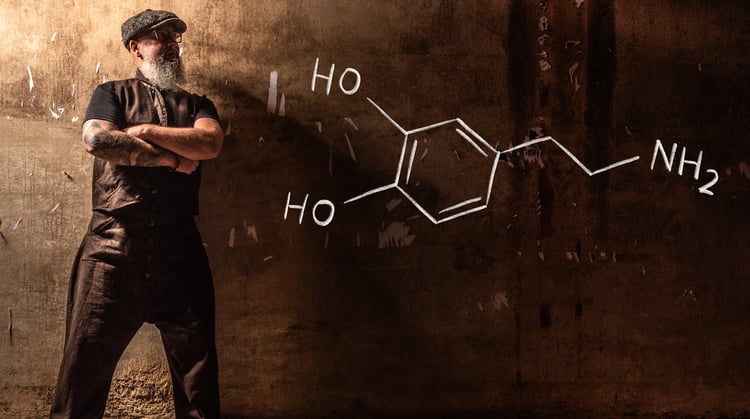 Dopamine is a marvellous chemical with many functions. It regulates attention, cognition, movement, motivation and learning. The concentration of dopamine in the brain determines the level of attention.

According to Cools & Robbins, 2004, too much dopamine leads to rigid, inflexible thinking while too little leads to distractibility. As Dr. Amy Arnsten, Professor of Neurobiology at Yale University would describe it, “Dopamine is like Goldilocks”. We need it in the right amounts for our brains to function effectively. “Not too much, not too little”, Dr. Arnsten would say.

An individual with lower levels of dopamine can become easily irritated and experience lethargy and lack of motivation. On the other hand, excessive production of dopamine due to stress for example, can lead a person to become disorganized, forgetful and lose concentration easily.

Stimulants such as Ritalin and coffee increase dopamine tone in the brain, as well as any rewarding experiences like food and sex. Small bursts of dopamine release are present with the anticipation of something new or exciting happening to us. That is why dopamine is called the chemical of desire and anticipation.

With higher levels of dopamine learning improves and new neural connections are made. Low levels of dopamine will affect how we learn and solve problems as we are not able to focus as required. Dopamine depletion is the key feature in Parkinson’s disease. In this type of illness, the cells that produce dopamine have died so the chemical is no longer synthesized. Schizophrenia and autism are also associated with dopamine dysfunction.