Our Founder Silvia Damiano is interviewed by HR Daily and says "Most employers recognise the need to be aware of cultural idiosyncrasies when doing business in other countries; but when it comes to doing business with men and women, important differences are all too often overlooked." 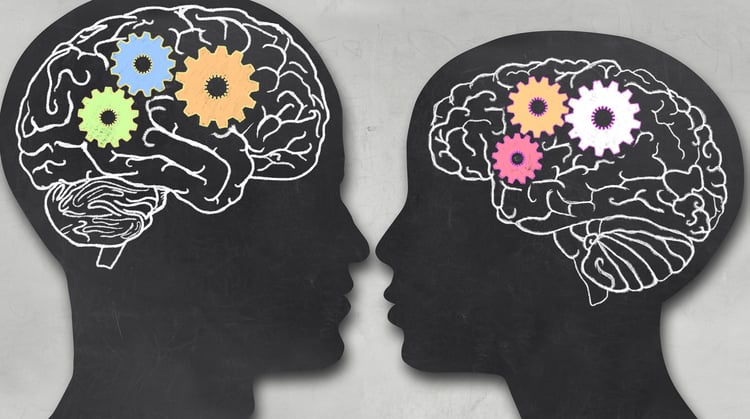 "If you want to go into business in Asia, people don't question they have to learn a bit about the customs, the culture, the language and how people do business," but the fact that employers haven't really stopped and thought about this in terms of gender doesn't mean the differences don't exist, she says.

The differences Damiano is talking about aren't just anecdotal; they're physiological. There are fundamental differences in the way men's and women's brains work. Women's needs differ from the needs of men, and it's about time employers realised it, she says.

"Having worked at different levels within organisations and coached and listened to many women, you can easily see that there are differences in perception - how they perceive themselves and how they perceive the challenges they have to undertake in their corporate careers.

"Then, when you put that together with the latest scientific research about how different the brains are, it's so easy to explain it," she says.

"When I was at Westpac I conducted many focus groups to push female leadership within the organisation. It was interesting to see that one of the things women find is, we don't have enough female role-models, or we can't do this or we can't do that - 'I don't have the confidence' or 'I have issues leaving kids', 'I'm not single, I have kids, therefore I can't progress my career.'

"All these issues that women manifest all the time are not unusual."

It is unusual, however, for men to raise similar issues.

"If you interview men in general, many have made it to the top without really relying too much on mentors.

[Women] have a more socialising brain. We like to interact, talk about what we need, talk about our challenges, verbalise our emotions - more than our male counterparts.

Silvia readily accepts that there are always exceptions.

"Anyone who studies groups of people will know that you can't generalise and make the whole statement for everyone - but in the majority, it seems to make sense."

Damiano says that research into leadership differences conducted by herself and others suggests men prefer things to be systematised and like trying to figure out how things work.

"They are very good at that, they can focus on an issue to go deeper but... it's almost like the other brain circuits disconnect so they can focus and solve the problem.

"The female brain, it's more about empathising, so it has more empathising tendencies, and they consider multiple variables when they have to solve a problem, so they are able to shift attention from one thing to another instead of focusing so deep on a particular problem.

If you have a problem to solve and you have these two possibilities, [gender balance] will definitely enhance - or it may speed up - the solution.

"In general, women seem more concerned for the group, they are more collaborative, they tend to take less grief when there are very stressful situations that require quick decision making, while men under stress seem to have more risky behaviour."

Give your women the confidence to step up

Damiano says one of the best things employers can do to empower their female leaders is to meet their need for mentors.

A recent series of Hay Group interviews with female executives from New Zealand and Australia found women need to develop self-confidence and personal courage to succeed, and that the role of managers and mentors was an important enabler, she says.

If a woman feels she is facing issues on her own, a mentor or a coach to talk to, get advice from, and bounce ideas around with can be invaluable.

In some cases, employers should also consider educating men about how to interact with women, Damiano adds.

Some organisations have male staff who say things like, "I just don't understand this woman," or "women talk so much" to one another, but "those statements diminish people", she says.

"If someone speaks another language we can use that excuse to say, 'I don't understand that person; I don't want to pay attention because they are not like me'.

"The same thing happens with men and women. So the moment we start to say, 'She's very emotional' or things like that... we are limiting their potential and possibilities, and their ability to flourish."

Sometimes a belief, rather than a biological characteristic, will create or accentuate gender differences.

"We all have beliefs," Damiano says. "Some of them are useful, some of them are not useful, and as we grow up some people defy them and change them because they are no longer useful.

"Some other people are much more traditional and they conserve their parents' beliefs, and then they grow up thinking, 'A woman doesn't do that'. That may limit their career."

Damiano recalls one female executive who said, "The day men started to respect me was the day I decided not to pick up the cups of coffee after the board meeting".

Changing long-held beliefs about gender roles can help women to make new progress in their careers, but it is not only women who need to think about their beliefs, she says.

"We all may have limiting beliefs that really don't serve us well. That's a piece of work everybody has to do."

Employers need to believe that women are an important part of their business, and prove it. Action divorced from belief or belief divorced from action just won't cut it.

"I have seen organisations in Australia that do have initiatives for women, and they create gatherings, they talk about the importance of diversity, but it seems at the senior levels they are just ticking the box in organising those gatherings.

"The reality, when you go to the senior level, is there's only one woman and 11 men.

"Some people believe in what they say, other people are just doing it because they think they have to."

Damiano says that those who make progress in this area won't regret it.

"I have spoken with a couple of CEOs with very balanced teams - 50 per cent men and 50 per cent women - and they have told me that it has been the best time, when their executive team has worked the best, because women bring to the table a different approach to solving a problem.

"They use their intuition when they have to make a decision; they are more verbal about things that bother them in comparison to men, so... difficult conversations happen much more easily.

"There's sufficient research today to justify that having more women in senior positions is good for business," she adds.

"For example, one of the recent findings by Goldman Sachs is that closing the gap between male and female leaders would raise the GDP by 11 per cent in Australia."

Damiano will be speaking further about gender differences in a business context at a Macquarie Graduate School of Management event - Female Leadership: Art and Science - later this month.