How does a most self conscious girl in Grade 6 manoeuvre through the ups and downs of life to arrive at a place where her leadership skills are noticed? How does the 22 year old with a new born baby and a critically ill husband with an acquired brain injury work through the turmoil of hormones, traumatic stress and the complexities of a dire financial situation.... 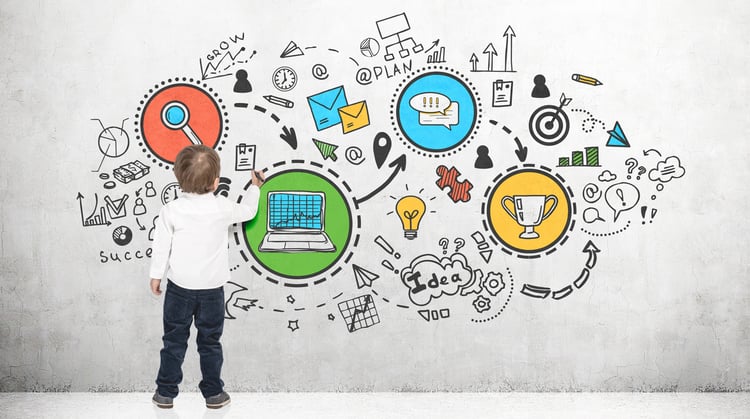 Then, to emerge some years later with another child, a Bachelor qualification, a second and happy marriage, a successful career, a great job as an Executive level Manager and the operator of her own small business.

How does she arrive at a place where it seems that she actually has made a difference through this thing called leadership? How did I come to be asked to write this piece?

I guess there is nothing like learning through your experiences. There were glimmers of my predisposition to leadership in those years as a child and teenager and I wasn’t to know at the time, that they would serve me well as the chapters in my life unfolded.

As a child, I delighted in the days when I was chosen as the monitor for the week for a specific role and I particularly loved being Staff Room Monitor.

It gave me a great sense of being connected to these people I respected so much - my teachers. I admired my fathers’ roles as Chairman of the Board of the local football club and the school Parents & Friends Association.

As a teenager, I coached the local Under 12 boys’ basketball team and I worked in my school holidays from a young age and was always determined to be a reliable and hard worker; I relished the positive feedback.

In my late teens I wrote to the local paper, indignant that my young brother who had made the Australian Water Polo Team would receive no financial support for his trip to Turkey.

It wasn’t till I faced difficult times in my early 20’s, that the predisposing characteristics that I think make me a leader who can make a difference, emerged more fully, and I used them in good, positive ways.

They include having a clear sense of what is right and wrong, determination, resilience, resourcefulness, tolerance, having the “care factor” – and courage.

During some very difficult years, I learned to be articulate and say what I needed and I learned to link into those people with power and influence who could help me.

I learned to be assertive but not aggressive or threatening. I learned to persevere, to not give up and to find solutions that might be seen by some as being a bit outside the square.

I have a genetic leaning toward being a hard taskmaster on myself and not so much on others. This manifests in the personal drive that has enabled me to influence others and make a difference.

That drive is evident daily and it has been the reason why I’ve been able to create a professional and personal world for myself that I feel satisfied with.

It is important to me however, that my drive or sense of purpose is well directed. I know it could be dangerous unless tempered. Key lessons that help me do this include:

Accept your sphere of control

It has taken some time to learn the discipline of knowing that of everything in this world, I can only control me and certainly not the behaviour of any other human.

Coming to that realisation was a liberating experience and my chosen leadership behaviour now,  is more  purposeful and focused on crafting my behaviour in a way that others will best respond to.

Like others, I also feel negative emotions such as anxiety, frustration, and worry. I’ve learned that for me, a box of texta pens and some big sheets of paper are invaluable in being able to sort out what is at the heart of my state.

I particularly value the personality diagnostic tool enneagram which has helped me understand how I behave when under increased stress and pressure. I now look out for those signs and manage it early.

Springboard from the bad times to better times

After a misalignment between my values and the values of my employer of 11 years emerged, I spent many painful months trying to influence those who were determined not to be influenced and who exhibited behaviour that lacked integrity.

I used my networks to seek out a role where I thought I could make a difference, and took a cut in salary and conditions to get there. I used my new environment to reinvigorate and reinvent my self. Whilst opportunity has been my friend, as a result, I know that I’ve done my best leadership in this environment where values are aligned.

Create your own story and don’t work alone

Leaders don’t always have a rule book to follow and need to choose guiding principles such as ethical practice, alignment to the corporate direction and prudent business management as the “not negotiable” after which, they need to be courageous enough to make up the rest.

My way of working is to decide what needs to be done, find the people who can help me do it and then “just do it”. It wasn’t always that way however and reflection on my wins and losses along the way have given me confidence to work this way now.

It is amazing how many times that a seed sown is then germinated after being fertilised by other events or people that seem to have a serendipitous way of colliding at just the right time! One of my greatest rewards is giving someone a project or a challenging task to do and seeing them realise that you trust them to do it.

i4 Practitioner and Learning & Development Expert